In my last post I gave a quick overview of the how CSS can be used in JavaFX by styling nodes based on an id or style classes. Today I want to explain what a pseudo class is and how you can use it to style dynamic controls.

In CSS a pseudo class is used to define a specific state of a node. In general a node can have 0-n pseudo classes. Let’s think about a regular JavaFX Button and how it is rendered. When thinking about this the first visualization that comes into mind is this one: 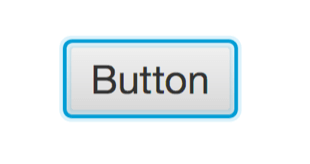 The button that is shown on the picture has a defined state:

Since all JavaFX controls are styled by CSS all the different states must be specified in CSS. To do so you need pseudo classes to define specific styles for states of the control.

How to use a pseudo class in CSS

As you can see a pseudo class can simply be added to a CSS selector by using the “:” as a prefix for the pseudo class. In this example the rule is defined for a specific button that is defined by an id (my-button) but you can use a pseudo class in combination with every CSS selector. In the last post I described how a selection can be done by using a style class. By doing so you can simply define a specific CSS rule for all buttons by using the following selector:

Next to the hover pseudo class JavaFX controls support several other pseudo classes. An overview can be found in the JavaFX CSS documentation.

How to define new pseudo classes

As you have seen the basic JavaFX controls already support several pseudo classes to style specific states of a control. But maybe that is not enough for your current project. If you extend a control and add new states or create a custom control you need to define your own pseudo classes if you want to support styling with CSS. To define a pseudo class JavaFX contains the class PseudoClass that can be used to create a new pseudo class definition for your control. Here it’s best practice to use a static instance directly in your control class:

The code snippet shows the best practice how it’s defined in the JavaFX documentation. If this code is too long for you or you don’t like to override the property class you could get the same result by using a listener:

As you can see in the last code snippet I added the style class exploding-button to the costume control. By doing so I can now define the following CSS Rule that will effect my new control type if the exploding style class is active:

As a next step I will blog about the different property types that are supported by CSS in JavaFX.