Last year we released AquaFX as a JavaFX 8 theme that emulates a native Look for JavaFX applications on Mac OS. Applications that use AquaFX may look like this: 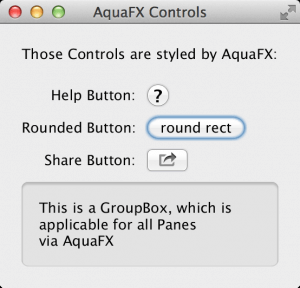 A complete documentation of AquaFX can be found on its here.

Today I want to show a sneak peek on a new project called AeroFX. AeroFX is a theme for JavaFX that will emulate the native look of the Windows interface. AeroFX will use the same architecture as AquaFX so that developers can easily switch between the skins or support both on different operation systems. The skin of AeroFX will look perfect on Windows 7. At the moment AeroFX is in a very early stage and contains only skins for some basic controls. Because AeroFX is developed as a bachelor thesis the source code can’t be opened at the moment. But once the work is finished AeroFX will be provided under the same open source license as AquaFX. Here is the first screenshot of AeroFX: 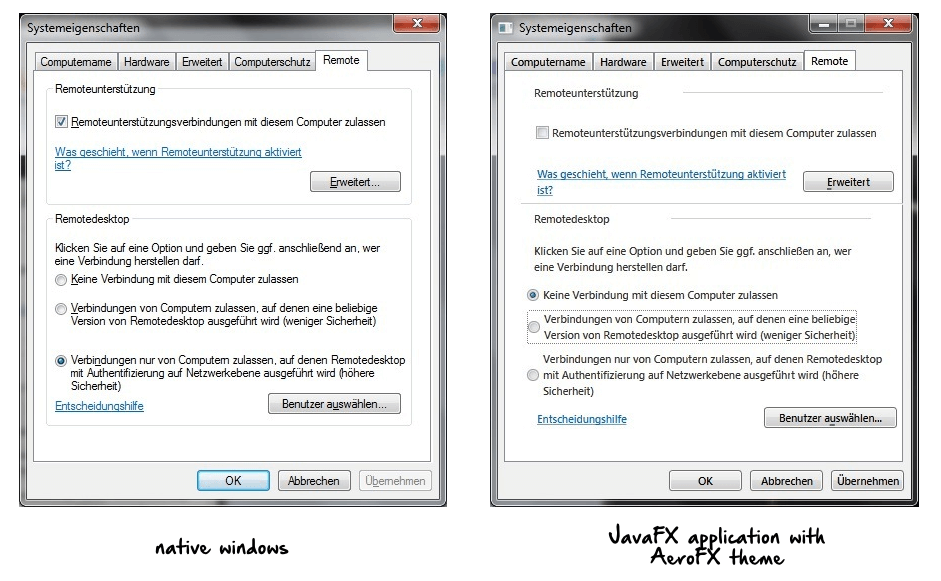